A leading question is a type of inquiry which forces the respondent to answer in a particular way, often by implying or encouraging a certain answer by manipulating him. They are undesirable as they produce inaccurate information. These inquiries can often be answered with a yes or no. (Though not all yes-no inquiries are leading).

This guide will teach you:

1. Pitfalls and examples of leading questions

After all those previous inquiries, a respondent is almost forced to answer yes.

Statistical results based on leading inquiries are prone to give an unrealistic picture of consumer opinions or trends.

Do you have any problems with your boss?

->This inquiry prompts the person to question their employment relationship. In a subtle way, it raises the prospect that there are problems.

Tell me about your relationship with your boss?

->This inquiry does not seek any judgment and there is less implication that there might be something wrong with the relationship. 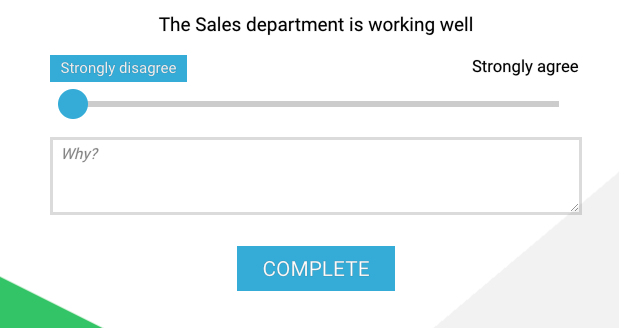