Comparative scales involve the direct comparison of stimulus objects. Most often, the respondent is asked to compare one brand, product or feature against another. Comparative scale data must be interpreted in relative terms and have only ordinal or rank order properties.

For example an ice cream company discovers after some initial research and observation that there are five main reasons why people don't buy their product:

What if the company wants to know which factors are most important in the consumer's mind?
It may well be the case that improving those factors will boost widespread sales! This is where paired comparison comes in very handy and is a way better alternative than to abandon the product's development due to lacking sales or to completely re-design it which is time-consuming and expensive.

With paired comparison the objections are ordered from most to least important by pairing each objection by the researcher so that with 5 factors, as in this example, there are 10 pairs. Since every factor has to be paired with every other factor in turn. However, only one pair is ever put to the consumer at any one time.

Which of the following was the more important in making you decide not to buy the ice cream?
"The ice cream contains too much sugar" or "It's too expensive"

He/she then indicates which of the two was the more important in the questionnaire.

The question is repeated with a second set of factors and the appropriate box ticked again. This process continues until all possible combinations are exhausted, in this case 10 pairs. 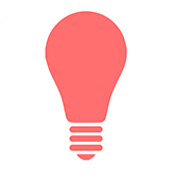 Tip: It is good practice to make sure that any particular factor is sometimes the first of the pair and sometimes the second. The researcher would never, for example, take the first factor ("Too much sugar") and systematically compare it to each of the others in succession. That is likely to cause systematic bias.

Below labels have been given to the factors so that the example will be easier to understand. The letters A - E have been allocated as follows:

The data is then arranged into a matrix. Assume that they interviewed 200 ice cream lovers and have their responses arranged in the grid below. the matrix is read from top to side. For example, 154 out of 200 respondents said that the price of the ice cream was a greater deterrent than the flavor.

If the grid is carefully read, it can be seen that the rank order of the factors is:

Ranked from most important to least:

This means that is more important for designers to chance the packaging and look (D and E) of the ice cream rather than the ingredients or price (A, B and C).

One of the advantages of paired questioning is that it is possible to measure the order of importance from the respondent, while he or she is never asked to think about more than two factors at the same time.

Graded paired Comparisons: This type of scale is an extension of the paired comparison method. It requires respondents to indicate not only their preference but also how much they prefer it over the other factor. This scaling technique gives the marketing researcher an interval - scaled measurement. The procedure is to begin with a list of features which might possibly be offered as "options" on the product, and alongside each option you list its cost. A third column is constructed and this forms an index of the relative prices of each of the items.

The Unity-sum-gain technique: A common problem with launching new products is one of reaching a decision as to what options, and how many options one offers. A company often wants to meet the needs of as many market segments as possible, but it also has to make sure that the segment is large enough to enable him to make a profit. One way for evaluating the options which are likely to prove successful is the unity-sum-gain approach.

The unity-sum-gain scaling technique is used to determine which product options are likely to be the most successful in the market. In this technique, researchers offer respondents a list of features that could be offered as product options. Each option is listed with its additional retail cost. The researcher observes how the respondent chooses among the product options based on being given a limited amount of resources to allocate to the optional item listings. This scaling technique is used to determine consumer preferences among a given set of options.